*It’s Sunday morning December 1st. I began this little ditty on Thanksgiving morn but never got around to finishing it. I’m back in Bethesda now and LFG is again with her mom so the deafening silence of my house is just perfect for completing such drivel. Many of you know that spellcheck is the best I do with these things—clean-up wise. But I did notice that I've overused the word “ass” in this story and I’m not inclined to change it. Sometimes words…even ones that debase, cheapen or accelerate a sentence…can’t be replaced and their redundancy is immutable. Shut up.

I’ve got stuff to say. More precise stuff. Stuff that with just a bit of editorial rigor would have you in syncopating tears of laughter and joy. But precision and editorial curettage ain’t gonna be part of this pile. Mainliest reason is that it’s Thanksgiving morning and at 913am all remains quiet in my childhood home and I don’t want to be precise and rigorous. Plus I’m a little gassy.

LFG is asleep in my sister’s childhood bedroom and my big-ole baby brother is in the room that circumstances dictated I had to share with his little late to the family party ass. I’ve yet to hear my mom stir but then again, she’s been keeping late hours these days. What with all the QVC and Food Network watching and her never miss Alec’s Jeopardy and what not. My mom…this not yet finished with life gal is busy these days. 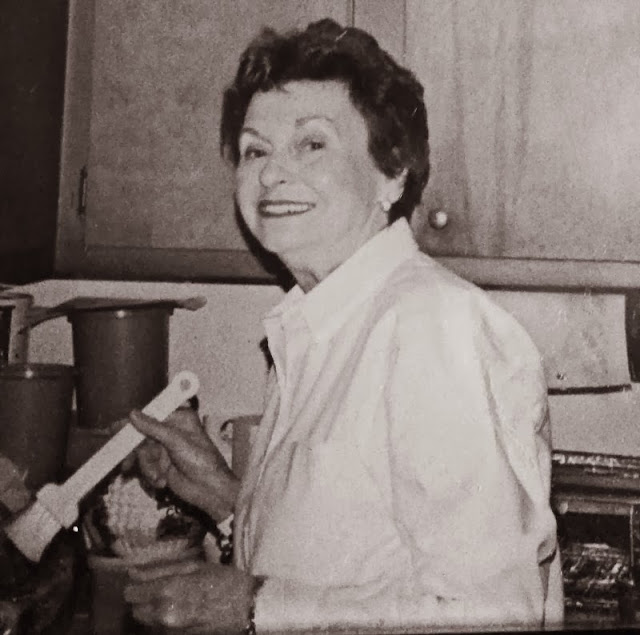 Every Thanksgiving for the last forever…forever being probably the last three or four years…I’ve said “well, this is surely the last one that mom’s gonna be healthy enough to cook her formidable spread for us”. And now that time is upon us. Kinda. I sat at the kitchen table last night watching my mom convey bark in as strong a voice as she’s ever had, all of the intricacies and process steps involved in preparing her cornbread dressing and various other loved-by-all turkey day concoctications. And she was passing the cypher not to me but to my baby brother. He was doing the doing and I was doing the watching. 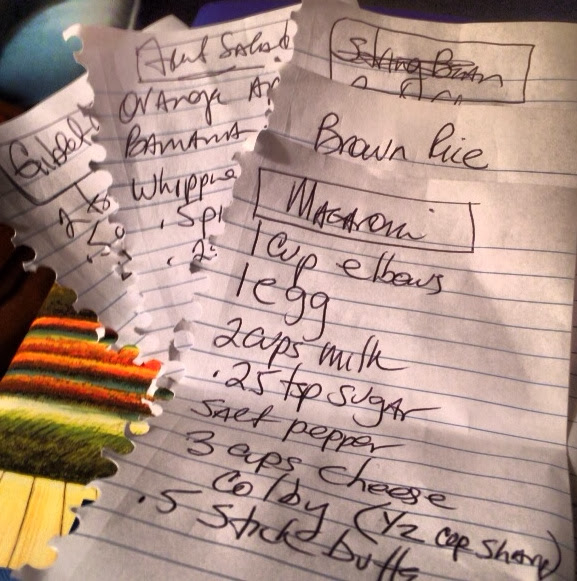 And then I remembered that this reaper reprieve my mom is amidst may be temporal so I asked her to recite to me the secret code for a few of my childhood faves from her kitchen oeuvre. I jotted as fast as she would recollect and she got predictably miffed when I asked her about measures and amounts. “I don’t know. Just taste it ‘till you like it.” That’s my mom. And probably yours too…unless you had one of those mamas that didn’t cook and if you did I feel real sorry for you. 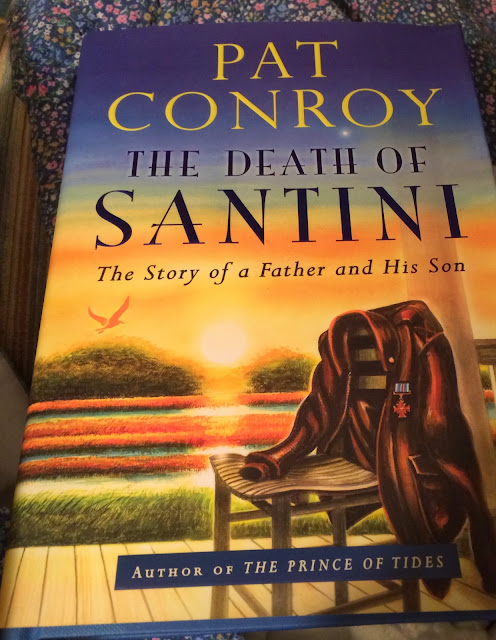 I’m an emotional coward. I’ve long since reconciled it and after fifty-plus years, have actually come to own it. Owning is stronger than reconciling for you mugwumps who have nothing better to do than read blogs with some kind of copy editor ass attitude. Ok? Ok. So I’m sitting here in the living room this morning and there’s some kinda weird comfort about reading Conroy’s book in the house where similar sounds of conflict emanated and identical conditions of gastric twisted upness escalated as my father’s car came down the driveway—usually way too late for dinner. 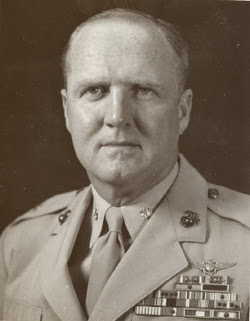 And the later my dad’s arrival, the more strangulated my little belly became. The strength of his whiskey breath was indexed to the lateness of his arrival. So why the comfort? Even though Conroy found some reconciliation with his father—something I’ll never have—my dad was a f_cking saint compared to this sometimes monster Santini who lorded over Pat’s life.

I’ll never be able to explain the gut twist associated with not knowing which dad we would get when the door opened…a happy, mawkish dad with a buzz or a drunker, meaner man.  And the gut twist was an odd one. It wasn’t nausea. Nowhere near it actually. It was more of a “we better shut down your alimentary tract for the next three days as you haul ass across the savannah…zig-zag like...in an effort to outrun that big-ass cat.” Kind of a serpentine scurry while being shot at a la Peter Falk and Alan Arkin in The In-Laws… “serpentine, Shel, serpentine”.  I think I’ve landed on a working title for the childhood segment of my memoirs…No Time to Dooky.

And finally, let me offer an apology to Pat Conroy—as if he’s sitting there yearning for one. I flippantly defined all of his non-novel caliber books as filler and place holders for the real things…his more robust word candy stuff that a zillion of us have come to love. I was wrong. After finishing The Death of Santini last night, I realized that the book is (hopefully for the tortured Conroy) a cathartic and necessary opus that’s anything but filler. My childhood and my life journey in general has been nirvana compared to the Conroy clan. Shut the f… 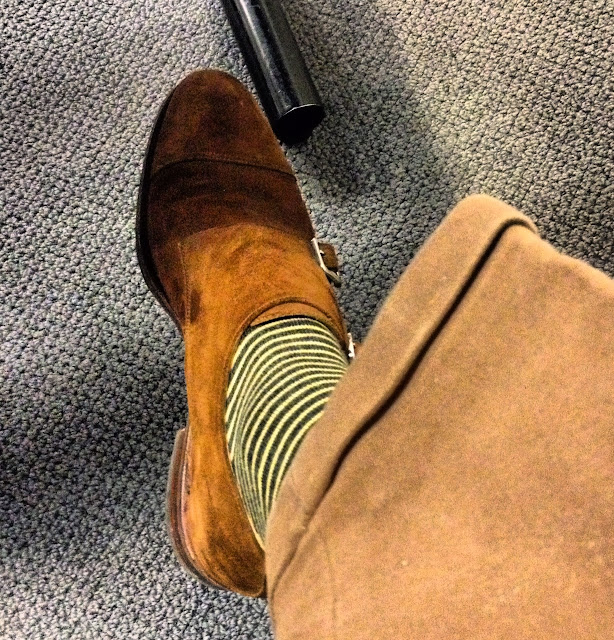 Once again I’ve managed to turn this little ditty into a maudlin pile of whateverishness. So let’s go superficial. And Meermin shoes are as good a place as any to launch my shallow vessel. The first pair that I ordered…$240.00 bucks all-in…represented a curious itch that I had to scratch and at that price I was willing to gamble. Double the price and it would be fair, almost necessary, to ask the proverbial…“yeah but what will they look like a year from now?” Well I can tell you that I’m wearing the hell out of suede pair number one and I’m sure that a year from now I’ll say that I’ve more than gotten my money’s worth. 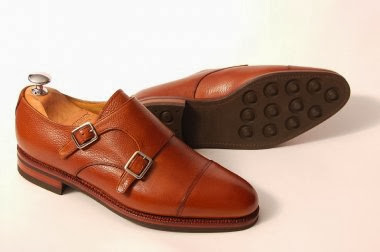 So early last week I queued up for pair number two. This time I’m sampling the scotch grained monks avec the ersatz Dainite sole. At this rate/price, my Cleverley bespoke days might be over. But not till my bespoke carpincho bluchers arrive. Hold me.

And after next week…my last billable week for the year, I’ll write a comprehensive story about my maiden Paul Stuart bespoke voyage with my buddy Mark "Puerto" Rykken. I figured a navy blazer was a good place to start since I’ve never had one. 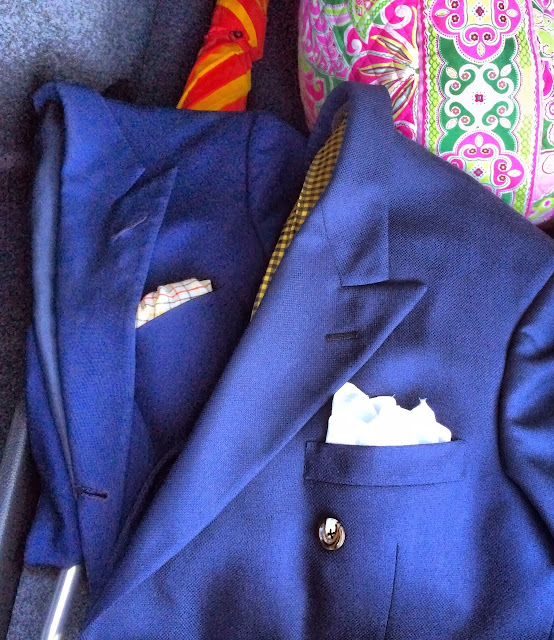 Ok. I lied. Hell, I took two of them to South Carolina for Thanksgiving. It’s the little black dress of man clothes. Shut. 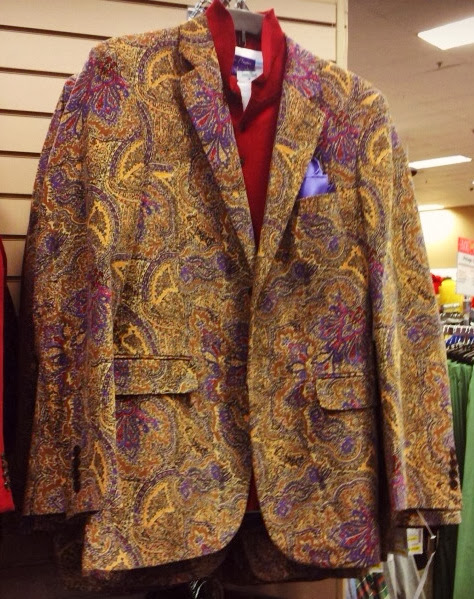 While I was home I popped over to Stein Mart and the Flusser goods have gone from tasty to just damn showing-ass-off. Paisley corduroy GTH jackets and of course, no pixie sizes for fellas like me. They know their local chubby market. 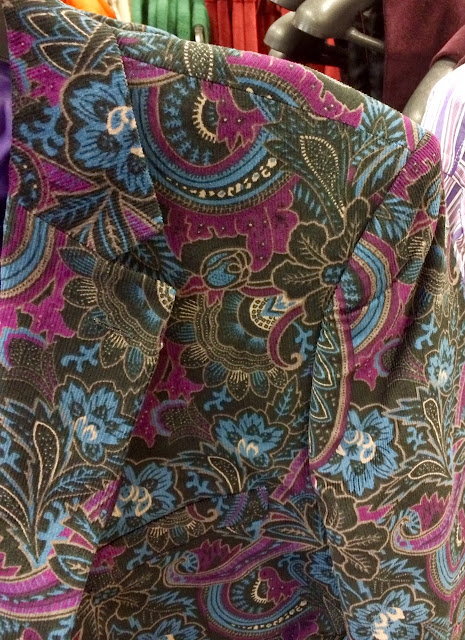 I figure that the half dozen GTH cord jackets at Stein Mart Florence…smallest in-stock size...44 Regular…will go to the four, type-2 diabetes totin’, barbecue eatin’ (not that there’s anything wrong with that) effeminate heterosexual guys in town and the other two…well. 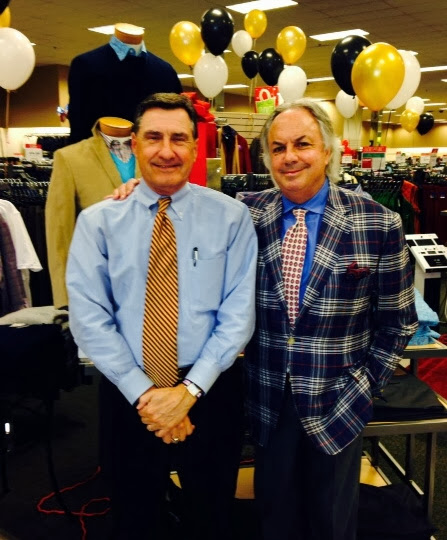 My phone rang recently and it was the Fluss himself. En route to Florence and a book signing at Stein Mart. I was touched that he asked about going by and seeing my mama and I was even more delighted when he asked me to put him on a lunch spot fitting for a Buddhist non-kosher Jewish boy from Gotham. So I sent him to Rogers Barbecue. That’s the Great Flusstini with my best childhood buddy AWH. 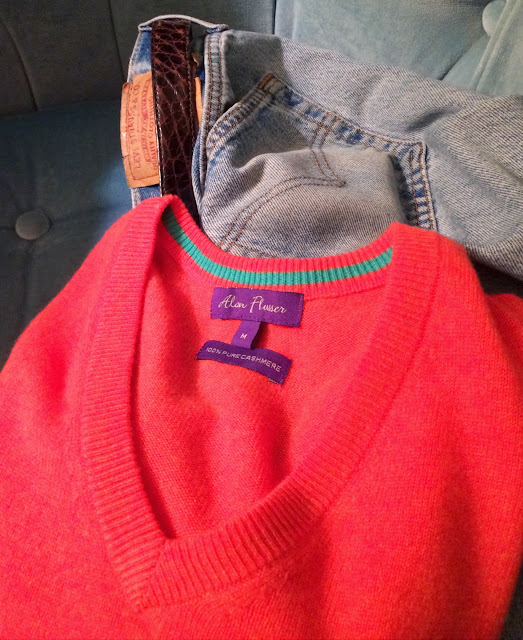 The onliest Flusser thing available at Stein Mart in my size was a cashmere sweater. I pounced at fiddy-nine dollahs. Bam.

So let me close out this turgid wad of irreleventia with an update on the ADG Cracker Code. It looks like I barely made the cut. Not that my DNA is gonna be too hard to map (I DO want my report thang to come back with a profile that has me sorted out with DNA including some Neanderthal, a dose of Ashkenazi and some sliver of African in there too. I mean really...I'm already interesting to have at cocktail parties and cookouts but damn...If I can say with DNA evidence, that I'm one of the first families of earth with a smidge of Yiddish and a dash of Zulu, I'm gonna be hard to stop.) but it appears that the FDA has requested that 23andMe stop selling their tests. I’m sure they’ll get it all sorted out and in the meantime, here’s to hoping that the 23andMeMinions are hard at work unravelling my serpentinescent code.

I have a question regarding the Meerman shoes, how much did you size down from your North American size? I'm glad to hear they are decent shoes, I want to order a pair or two in the new year.

Bill Smithmon...I'm an 8-D ... sometimes a 7.5-D in a couple of the Alden lasts and I ordered a 7 in the Meermins. So my general advice is to do what is generally suggested when sizing down from North America to UK sizing...go down one entire size. I recently did the same thing when I bought a pair of Carminas.

1) Irreleventia is on the same etymological level as unusualia.
2) Can't you buy the paisley jacket and have it altered
3) I had a similar need-for-mother's recipes attack on Thanksgiving this year. What killed me most was not waking up to the smells of stuffing cooking and I can't even stand stuffing.

A very nice holiday treat ADG. I hope you gave little bro one of Wahoo's tomahawk chops to encourage concentration on the viddles. I can see your boy Fluss doesn't know the first thing about 'high & tight' so I'm just gonna have my barber (Pete the Greek) set up a triage chair in his store for he and other boys who need a good cleaning up.

Must be somethin' wrong with my FlusserStein cashmere sweatering: the iGents say such low rentish cladding falls apart, but mine is at least eight years on and still looks good. Even though the mid-part does take it's own self up over the summers.

Look at your Momma standing there at her stove, that's a gem of a photo that can only be topped by her "just taste it 'til you like it" [which reminds me not at all of a phrase I read somewhere online "eat until you feel pretty"]. Baby, if you really want that jacket, come back here and say so 'cause I'm headed over to Jax Steinmark this week, I'm goin right to the one HRH Jay hisdamnself shows up causin terror on the sales floor, and say whether you won't the purple one or the mustard one, and say whether an "M" would fit you. They was an Ms available online for a spell, but they's all goan now.

Foolish, in both the trivial and the profound senses.

Size M is back online for the purple paisley jacket.

My mama never cooked; do you feel sorry for me now?

And I need more details about that Macaroni recipe, please.