Sartorial London: What I Bought-What I Saw 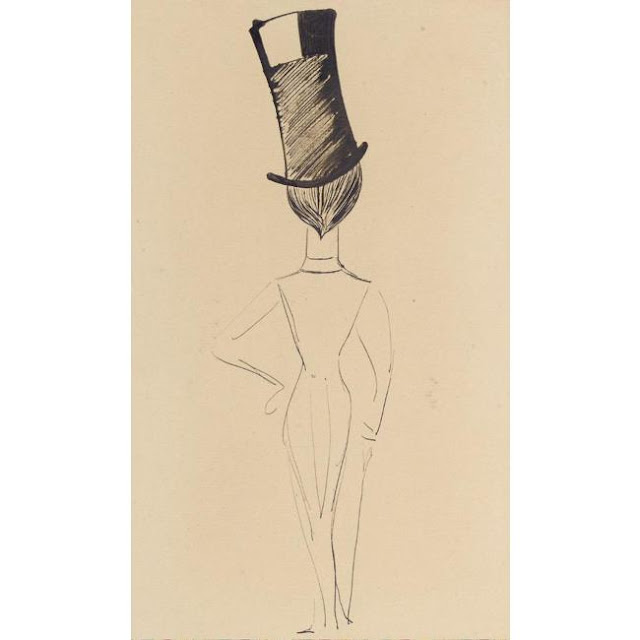 I've still got several product-purveyor-theme specific London posts to do but I thought I’d drop a post based on the emails that I’ve received asking me what I purchased while there.  It was amusing to sense that many of you thought that I would be rolling back in with tons of loot. Remember... I NEED nothing-most clothes nuts don’t. 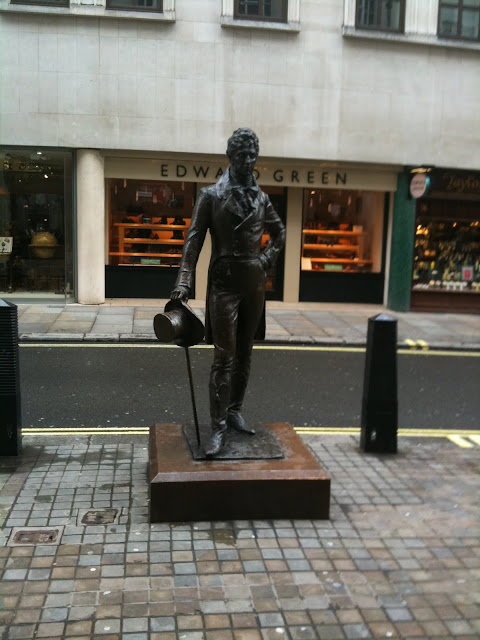 Keep in mind that I went over the pond to relinquish several watercolours to a dealer and fully intended for the trip to make me money not cost me much. The restraint and discipline required to assure I accomplish this was almost beyond my scope. Due to an embarrassment of travel points and the limitations of only six days-I’m proud to report that I accomplished the mission. Beau Brummel remains in command of all things Jermyn Street-albeit at half price and in my opinion-under the same stress as high end purveyors in the States.
What I Bought 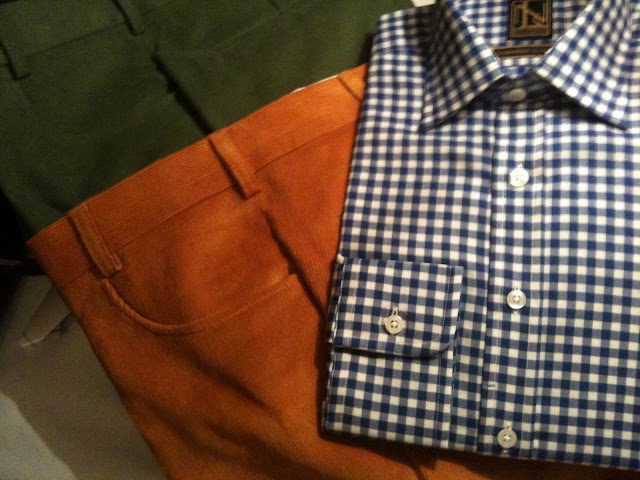 So my scant haul was limited to five items- three half price purchases and a pocket square from Luca Rubinacci and corduroy trousers from David Saxby. New and Lingwood offers a cashmere and cotton blend shirt. I treated myself to the only one they had left in my size-navy blue gingham. 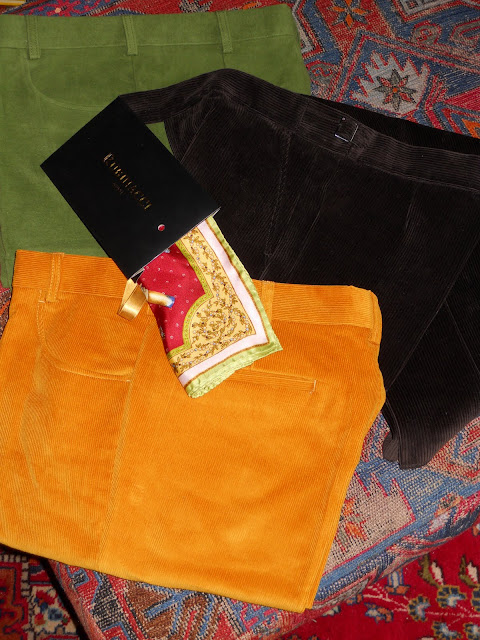 Two pairs of top pocket trousers from a Jermyn Street purveyor of minor repute-I’ve thrown the bag  away and the togs don’t have to store label in them-but at 50% off-I’m not worried about my inability to name drop. There’s moleskin in green and a pinwale corduroy in such a garish gold colour that I HAD to buy them. Again at half price-the risk is minimal. 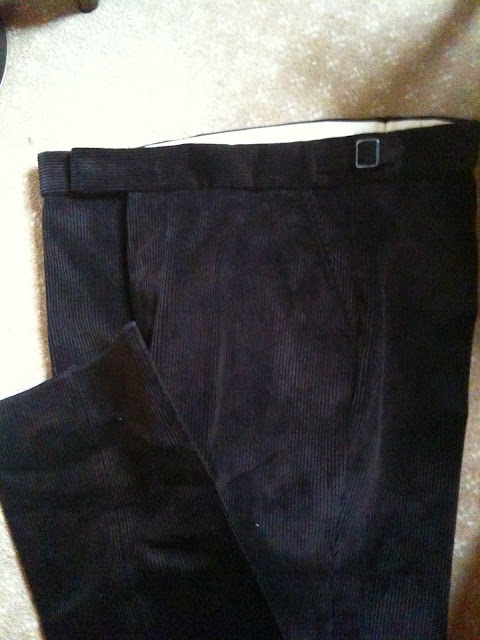 The David Saxby cords are bulletproof. Very high quality and a superb cut-fit. Chocolate brown wouldn’t have been my first choice but he was sold out of all the fun colours shown on his website. Flat front-dress extension-side tabs. One rear pocket-shut up.
Savile Row is almost a goner-in my irrelevant opinion-I’ll do a post on what I saw on the Row. But I did have fitting number three-of course-when it’s finished you’ll be the first to see it. Patience please. 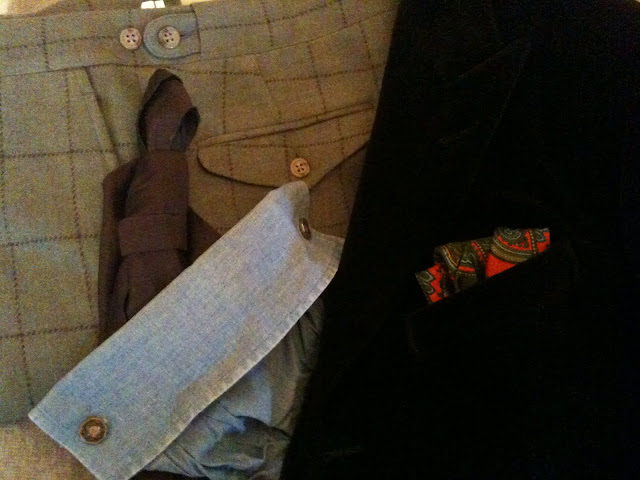 As the original fuzzy diced redneck from South Carolina-I was forced to contrive some level of acceptable garb for my fitting on the Row. This be the best I could contrive to assure that my country ass wouldn't be throwed off the Row. Savile or Rotten. 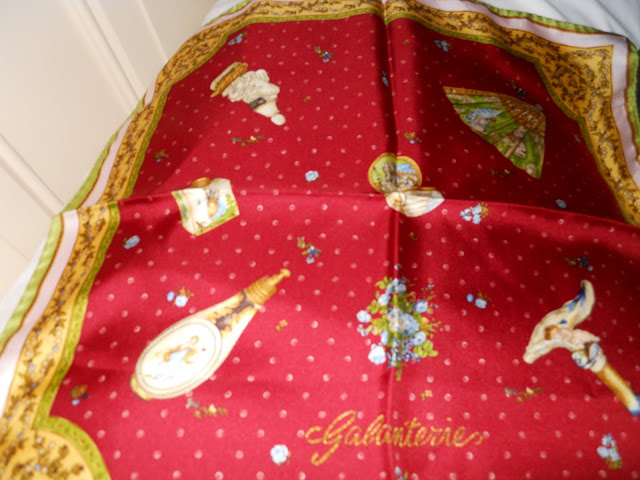 I had to buy a souvenir of my visit with Rubinacci. I’ll explain in a separate post.
What I Saw
You might recall that my thirty year old Briggs Silk Canopied umbrella is AWOL. I truly want another one and I’ve completely bought in to the lore that rain drops landing on a silk canopy have a unique sound and I’d like to experience that sound again. At about a thousand dollars to replace the identical one I owned-I’m just gonna have to get over the silk canopied thing. 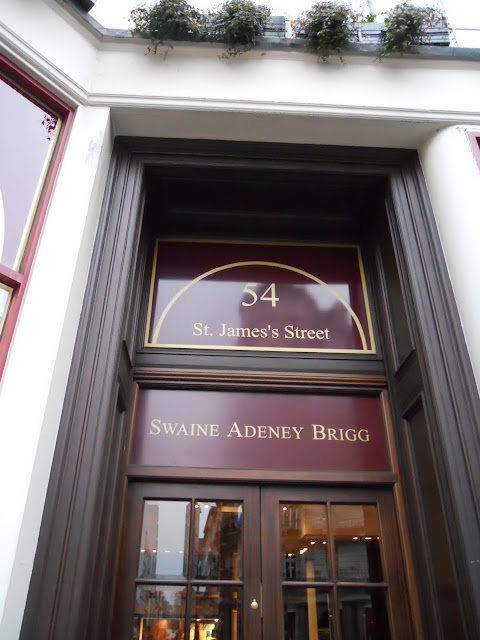 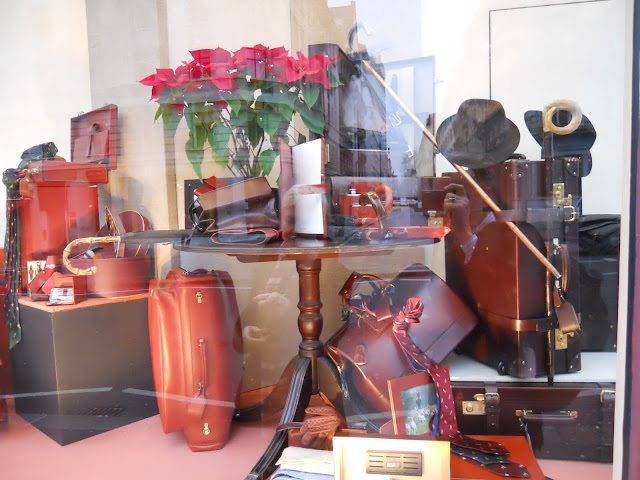 Briggs sells an array of stunning goods. I'll have one of each please. 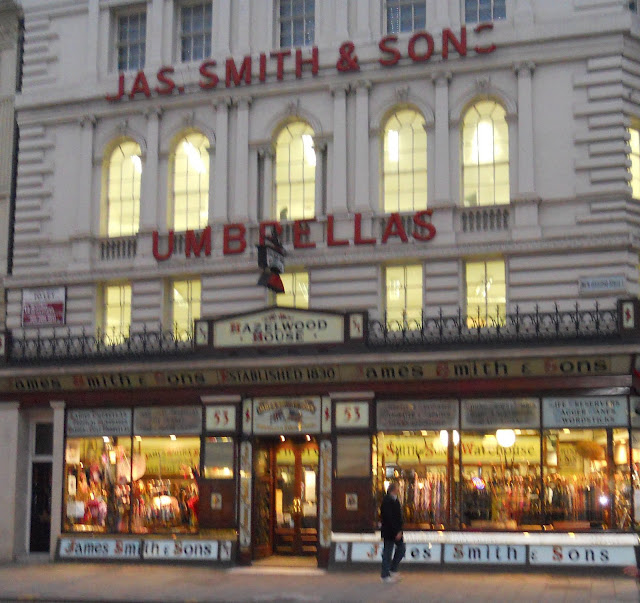 So then I went to James Smith and Sons over in Bloomsbury. Their Umbrella Shop is worth seeking out even if you aren’t in the market for one-it’s a quintessentially British shop and they are dying off every week. 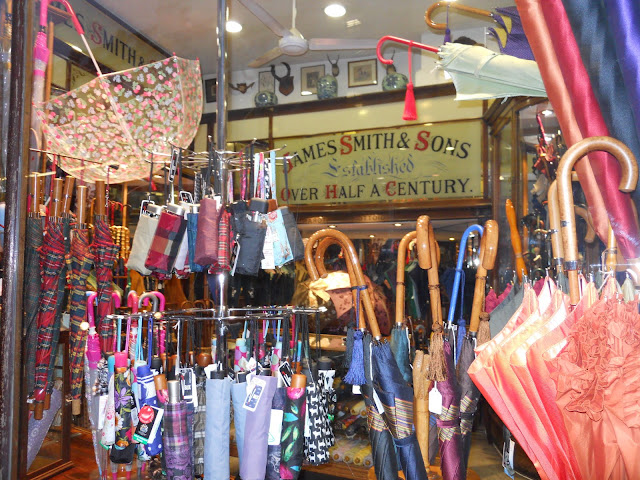 I checked out their offerings-a bit less in quality and price than Briggs. They don't even offer a silk canopied option anymore. Again-couldn’t do it and thus came back to the Colonies with no umbrella-it’s all good. I’ve got baseball caps-in cotton. 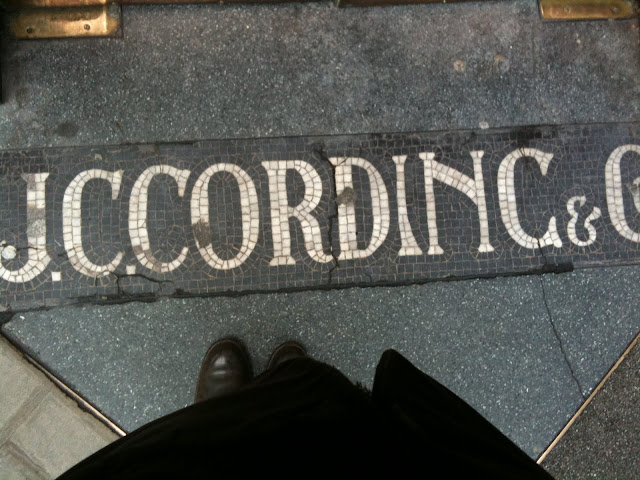 Cordings worried me as soon as I walked in the door. Even with Eric Clapton owning fifty percent of the quintessentially English Country home church-no purveyor is immune from demise. I don't think I've ever been to London without buying something at Cordings. I was there fifteen years ago with a friend who couldn't have been any less interested in things sartorial. He watched as I pondered with great excitement the choices in box cloth braces until he finally said-"I've seen anyone so taken by something as inane as a pair of suspenders-I'm buying them for you". 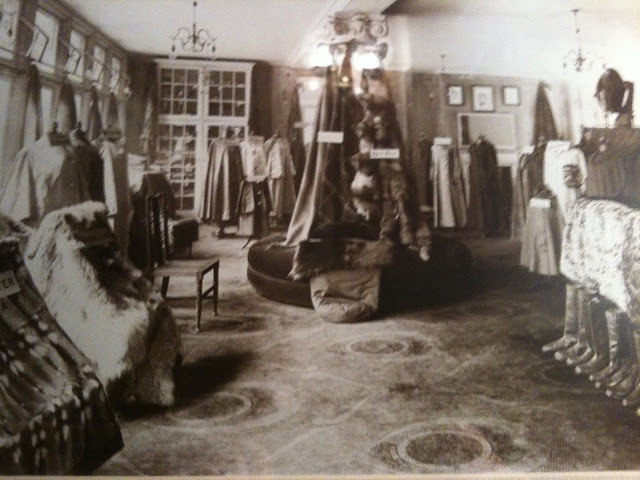 Cordings always has a great selection of moleskin and corduroy in fun colours-alas they had none.Their tattersall shirts are always faithful to the old patterns and that's what I wanted this time. I'm thinking that it's all over-they are going out of business since they have almost no inventory. Then I learned of their unfortunate fire that broke out on the ground floor just before Christmas. Everything is back in order now but the odd trousers and great shirts that I like were on the ground floor and smoke/water damage explained their absence. 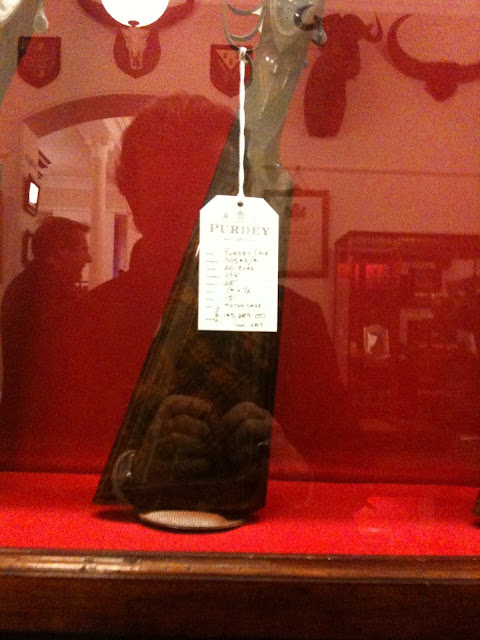 I suppose one of the comforting things about having a shotgun custom made at Purdys on South Audley Street is that if you ever want to sell it-they'll add it to their inventory of pre-owned guns. This one was on offer for one hundred and thirty five thousand pounds. Nice. A London trip for me would not be complete without traipsing through Audley House. The exterior still has pock marks from the Blitz. More later on Purdy in a seperate post. 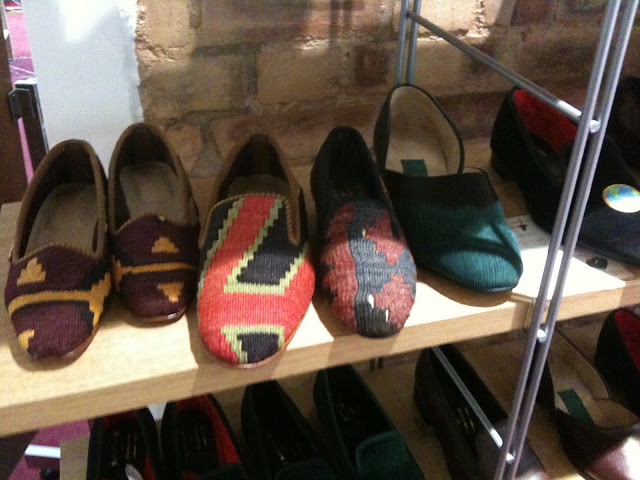 The shoe climate in London has never been better. Restraint was required but even at half price my money was best kept stateside when it comes to shoes. Shipton and Heneage on the Fulham Road had a nice array of slippers for the likes of those fruit loops like Tintin who seem to wear such. 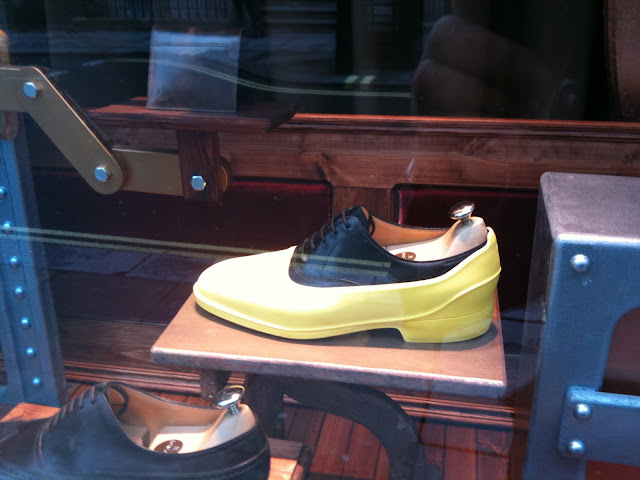 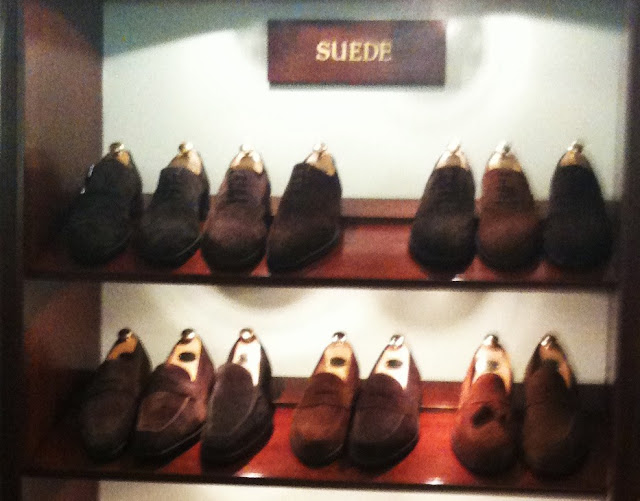 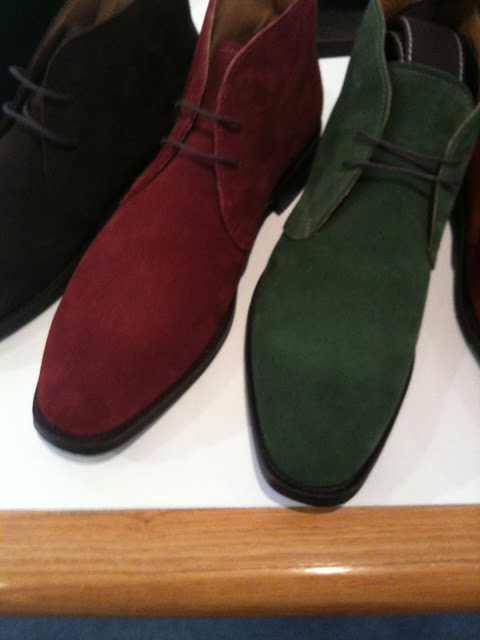 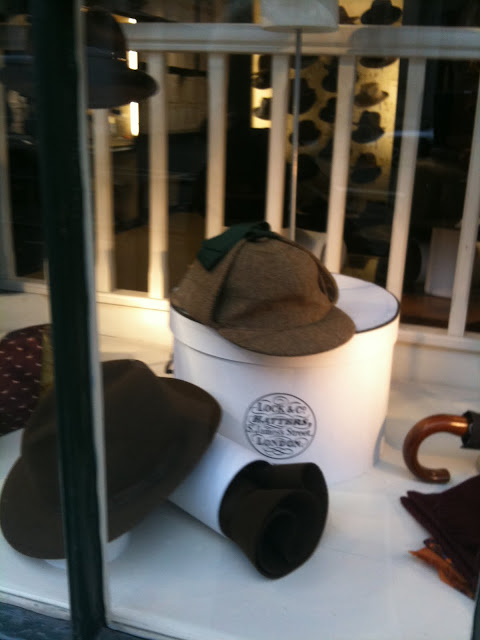 Holmes Hats-Deerstalkers-Panamas-Borsalinos....Toad would have been in heaven. 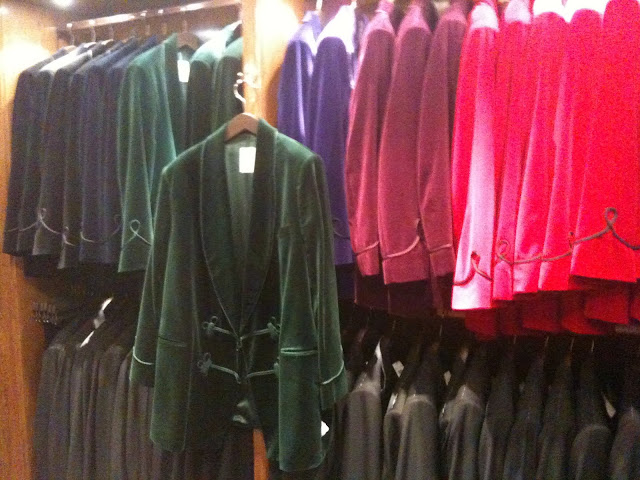 Tintin did a great holiday series on evening wear and on smoking jackets. I'm pleased to tell you that Turnbull and the Boys still have every contrivance imaginable in velvet. 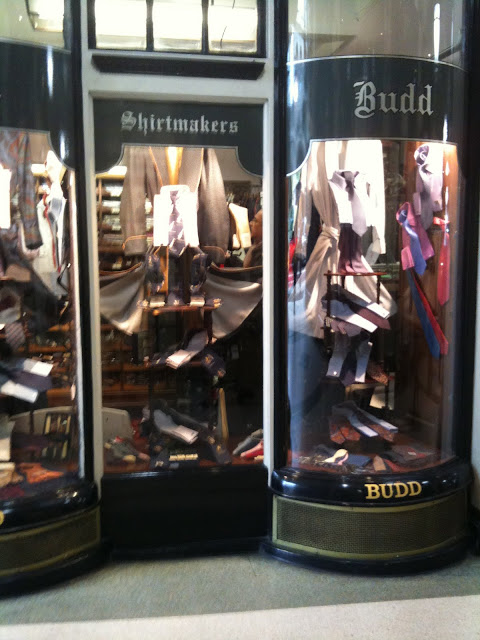 The Arcades remain impressive butcept for a few interlopers who've made their way in. Budd is still toiling away bespoking shirts. 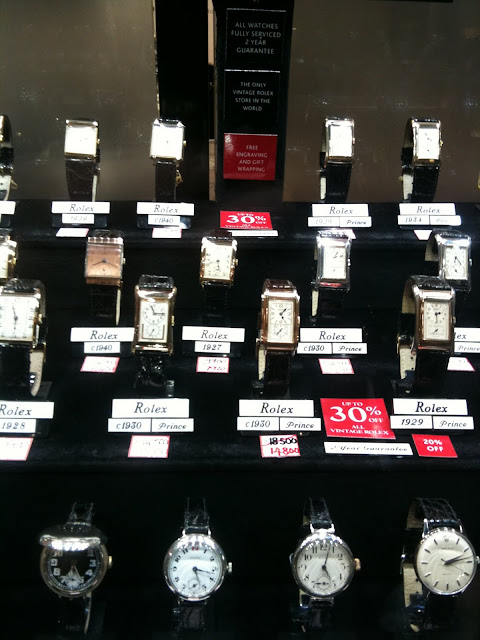 My favorite watch of all time-the Rolex Prince is abundant in London-at about fourteen thousand pounds for the least fancy version of this classic. I'll stick to my repros. 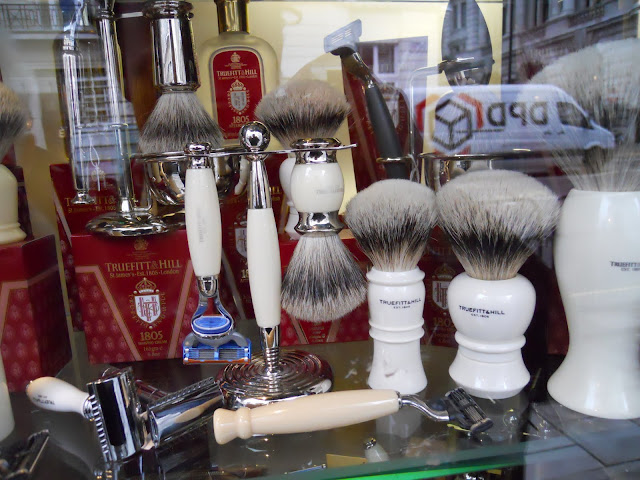 And of course the grooming goods purveyors always stop me in my tracks. If hygiene was a priority for me perhaps I'd drop a dime or two there-but it ain't.
Ok-back to work before the snow becomes a full blown distraction. Gonna be a long lonely weekend without  LFG here to frolic in the snow with me. Anyone (girls only-sorry) wanna come over and console me?
Onward-ADG
Posted by ADG at 11:21 AM

Thank you for showing us some of your trip. I meet a Purdey salesman at a Ducks Unlimited Diner many years ago. He was taking gun fit measurements for $25.00 then putting them on a wonderful Purdey card and of course trying a convince you life would not be complete without a Purdey. Needless to say it took all the fun out of my next trip to Elmer's Guns and Bait. Point is I'm glad Audley House is still there. Great use of the funds you had!

Gorgeous! All of it.

I love tattersall shirts. My Dad had a few made right before he retired, so they were passed along to my husband, who sadly, they do not fit.

L-O-V-E those green moleskin trousers - but you knew I would!

What is the name of the Rolex place pictured, I must go see it. I have always tried to find the one Michael Douglas wore in the movie The Game. MB

What a wonderful experience. Very happy for you, ADG.

So I go all over Philly with the boss looking for a velvet jacket for him, and you go to his hometown and find a whole rack of them. Everything looked great. I'm fairly sure i would've gone broke over their. Hope you an LFG get to play in the snow this weekend.

Briggs threshold is stunning, should I ever open a B&M shop I would like it to look just so . . . with a doorman, of course . . . their window display is luxurious. . . I don't think I could have had the same restraint . . . seems we're missing all that wonderful snow up here. . . so enjoy it for us, it's magical . . .

Who knew they had hats there too. This week I've shopped in Pakistan and Spain, why not the UK.

ADG - We need to start a fund for your new umbrella - as long as you promise to acquire some duck-bill yellow Lobb galoshes to wear with it.

I have to say thank goodness my blog crush is back in the states. Welcome home Maxminimus...you have been missed.

Looks like you had a wonderful time. I'm so glad

I'm a little surprised you didn't like the Lobb yellow shoe rubbers. I think they're kind of cool.

Weren't you thinking about writing a post on bracelets and one on campaign furniture? Did I miss them?

If you can't stomach the nylon canopy, you'd best steer clear of Brigg's metal-shafted golf umbrellas. I think that's the one that Aunt Tootie actually carries.

James...great story about the Purdy guy. I think the Purdy gun investment-for me at least-would be like expensive golf clubs-the score ain't gonna improve.

Patsy...the only thing I didn't come away with was a tattersall that I wanted.

LimeGreen...I'd have those on right now but my alterations guy-like the rest of us-is snowed in/out.

MaryBeth...can't remember the Rolex place by name but it's in the Burlington Arcade.

Scott-thanks. Hang in there with your blog.

Brain...yep...the velvet smoking jacket seems to be alive and well in the UK.

TRVS...I'm OVER the snow but God didn't ask me!

Toad-I've gotta get me some of those wide legged shorts.