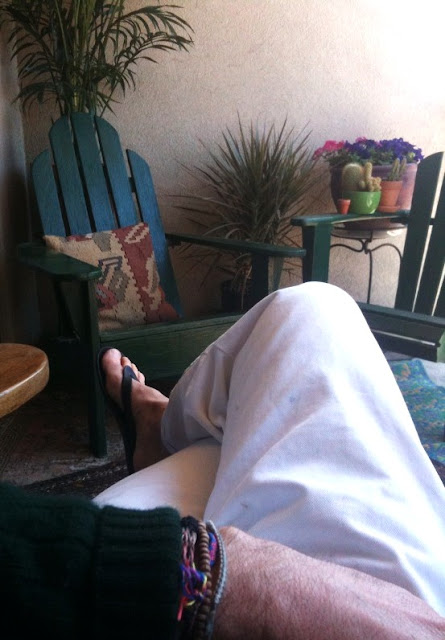 I spend the week in Utah and Colorado where the locals in both areas were glad to get a big hit of snow in the ski resorts while folks back in D.C. are basking in ninety degrees. I get home and I’m thinking cocktails outside…a little bit of sun on my pasty dermis and maybe even a courageous attempt at wearing shorts again. Alas this morning, I’m sitting out on the south veranda of Casa Minimus communing with coffee and I have to grab a sweater. Cashmere and flip flops…shut up. 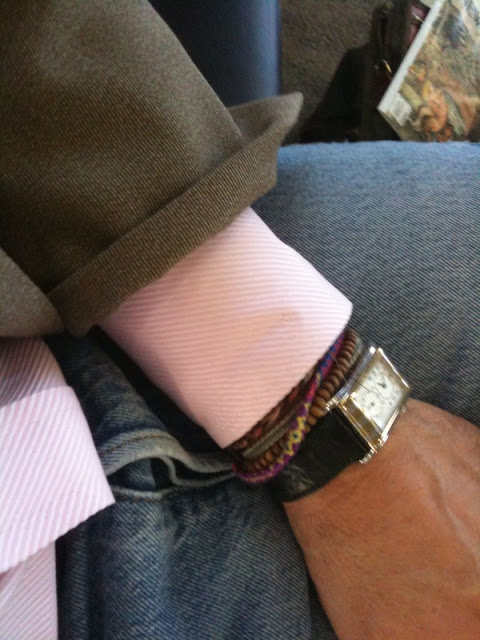 So how do you spend four days in meetings with one suit? Easy…step one is to pull out the bulletproof cavalry twill Flusser unit and shroud it with a few collateral trappings. Step two is to having meetings in different cities with different constituents so nobody knows that you are wearing same said threads. A few ties and shirts and a four day trek is reconciled. 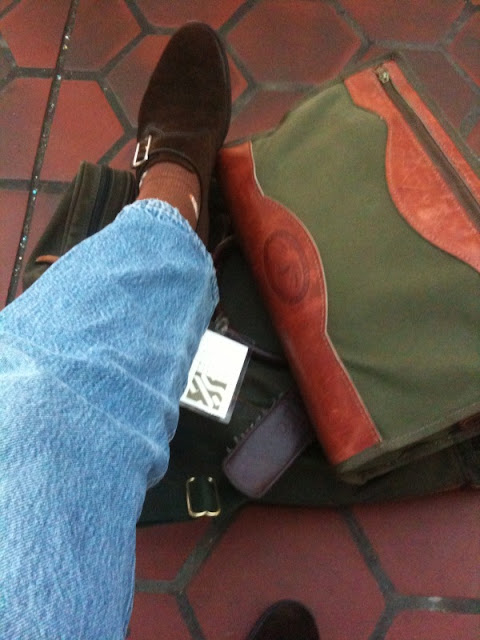 You also travel with the suit coat doubling-legitimately so with this cavalry twill zoot suit-as a sportcoat. And of course one pair of shoes for the week. Guys...we have it easy. 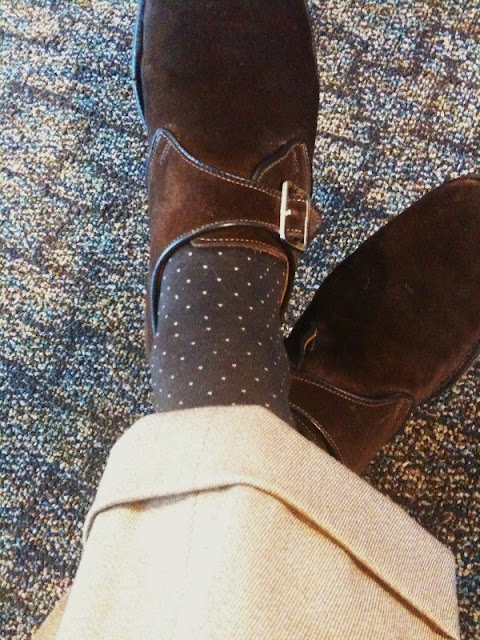 If you can guess this airport carpet, Allie over at Summer is a Verb will give you a Wiley Brothers belt.

This really is a decent looking contraption when worn as a sportcoat with a pair of 501s. Who is that elegantly gallant man? And why is he taking pictures of himself? Is that a wig?

Five thirty am the next morning. Shut up. What do you look like at the ass crack of dawn? I'm channeling Noel Coward with a hangover here. 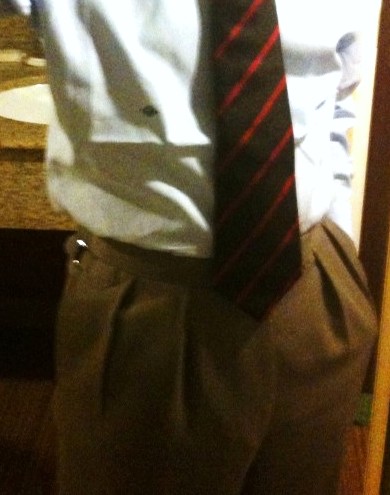 Bow tie one day. Traditional neckwear the next. Long as you aren't with the same peeps...it's all good...'specially with a monogram. 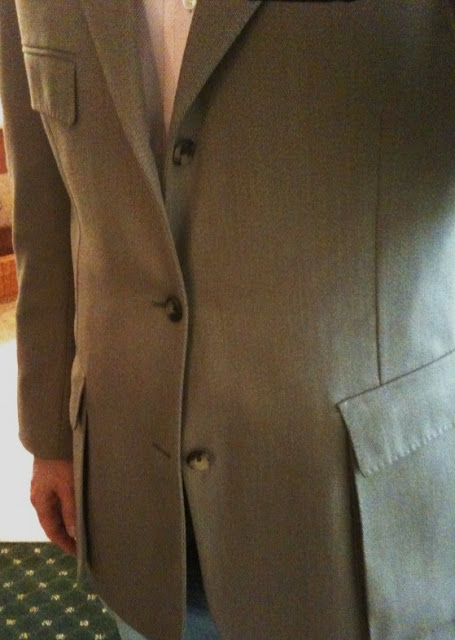 I think there are at least two things that make for such a superb 3-2 roll on this baby. The first is the nature of this hard finish cavalry twill material and the second is the tailor who cut it. Oh and I almost forgot....the fine specimen who owns the thang. Shut up. 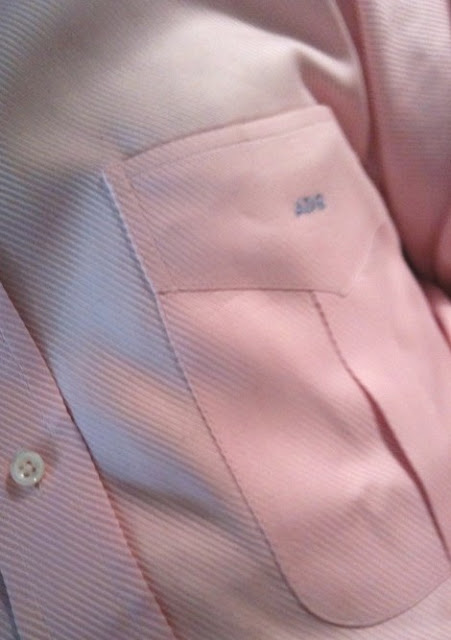 And then there’s the question of Diagonality. Sock-wise, evvybody knows that Mix Master ADG has Horizontality down to a Fuzzy Dice science. So where does the next envelope pushing Fuzzy Diceyness manifest? … Diagonal tone-on-tone Flusser custom dress shirts. The diagonal weave would be tacky enough but no, one can’t stop there. Pleated pocket adorned with the no consequence talisman…the proverbial monogram. Tintang and Toad are rolling their eyes at this one. 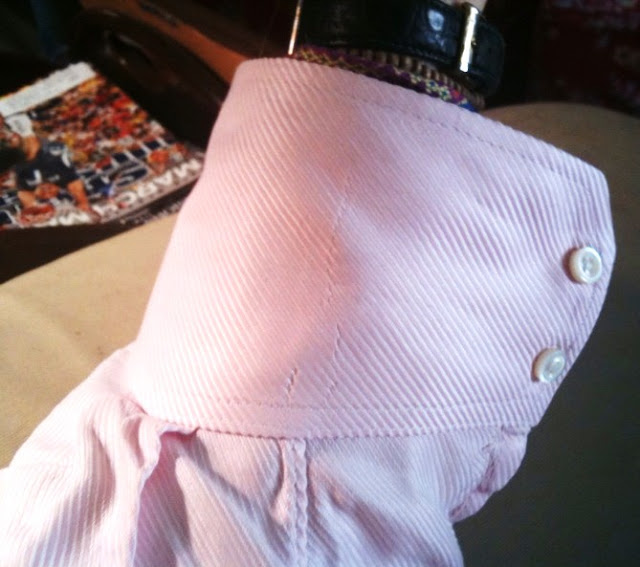 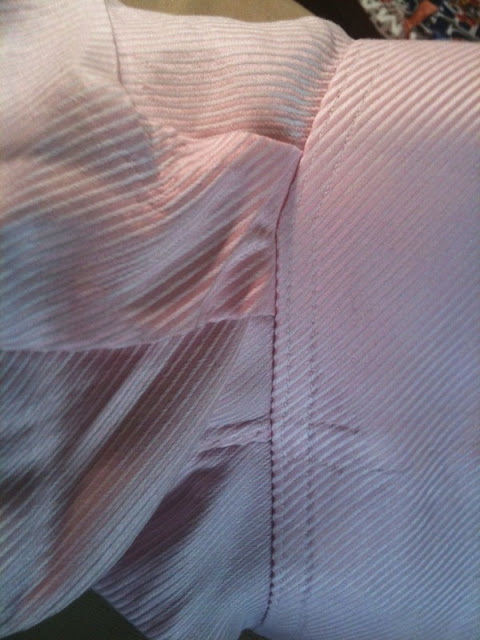 But the fun isn’t over yet. Barrel cuffs-double buttons-flying v cowboy barrel to be eggzack. Shut the ____. 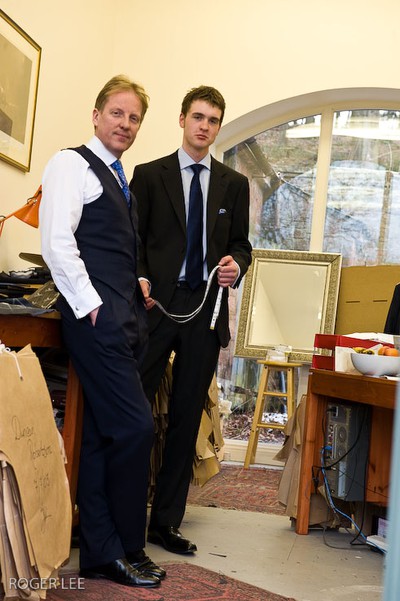 Thomas Mahon of English Cut. Late of Anderson and Sheppard…former Cutter to Prince Charles and now to ADG. 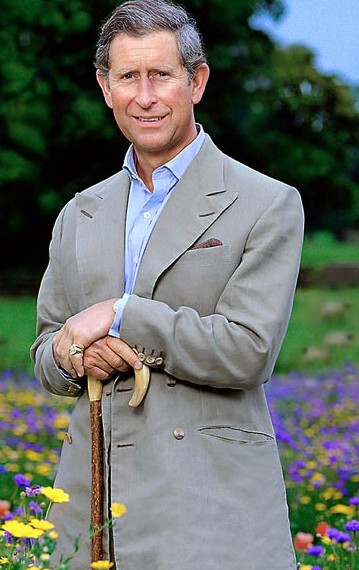 Check out the dorsal fins on this Anderson and Sheppard mutha. 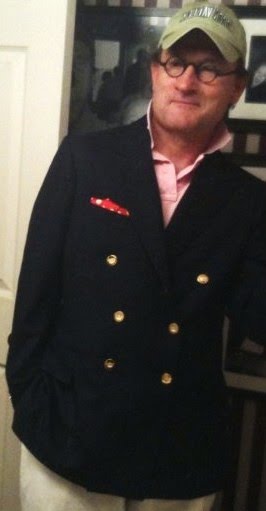 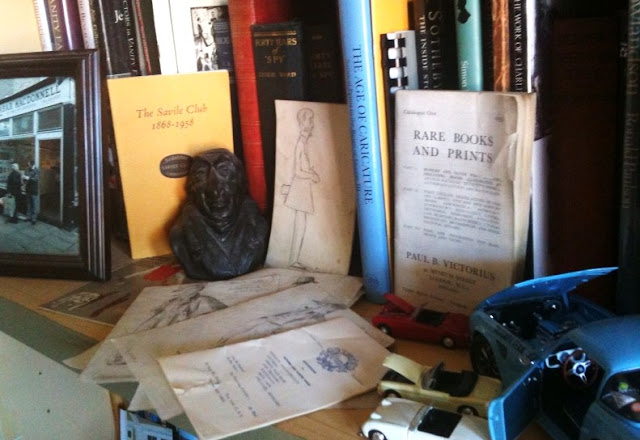 I began looking around the Casa and noticed a delightfully disturbing dichotomy. One shelf adorned with Anglophilishness and Randomanalia germane to caricature, British sports cars, clubland and things sartorial. 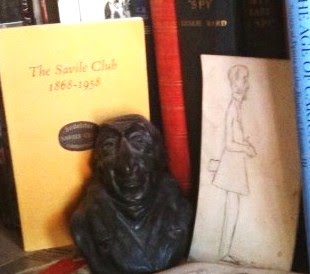 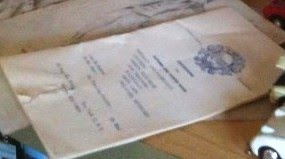 There’s a Chipp pamphlet from the days when J. Press, Chipp and the Brethren used to visit campuses. The schedule included in this brochure announces stops at various universities and prep schools including a couple of them close by my neck of the woods…Episcopal here in Alexandria and Woodberry Forrest out in Orange. The brochure isn’t dated but OCBD’s are five bucks. 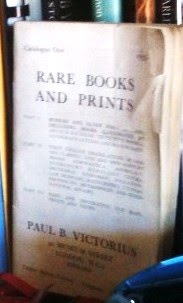 There’s also a rather comprehensive little catalogue of prints and books for sale on Museum Street in London. The dealer is a young man by the name of Paul Victorious. He decamped Museum Street before the outbreak of WWII and landed back in Charlottesville where he had been a medical student at UVA. Victorious has been dead for about forty years but I think his shop remains in Charlottesville. It was for many years a rite of passage to have your UVA diploma framed at Victorious’. 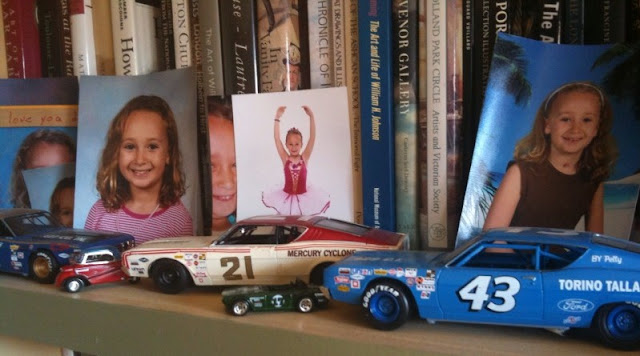 Then one row above the Anglo-Randomanalia line up is my homage to the Nascar Aero Wars of 1969-1970. Shut up…and I mean it. Yes, LFG and I built these babies and I’m proud of them. More Nascar Apologetics later. Cale, Richard and David are represented here and we’ve even got a few more of them. Daumier on one shelf and Pabst Blue Ribbon on another. 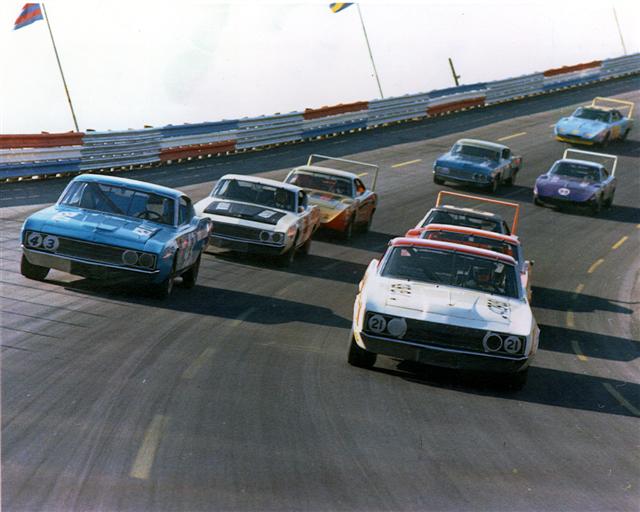 If you dropped by here for a cocktail, you’d be anything but bored. There's my home town boy Cale in number 21 above. 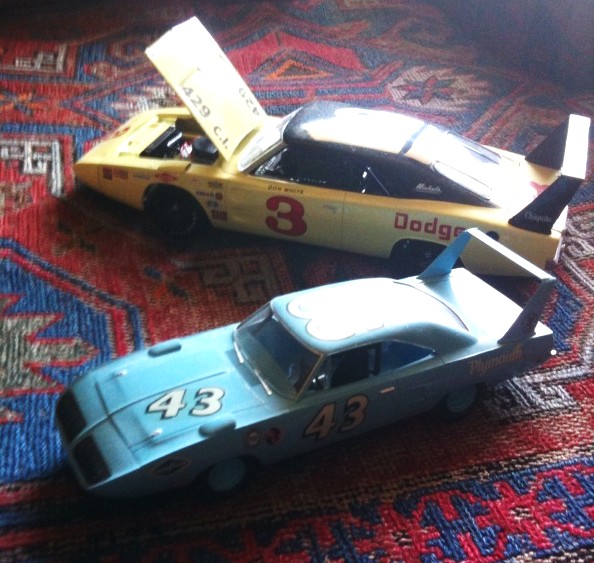 So here’s a couple more Aero War contenders but please…let’s not forget a formidable motor sports contribution from a bygone era…. 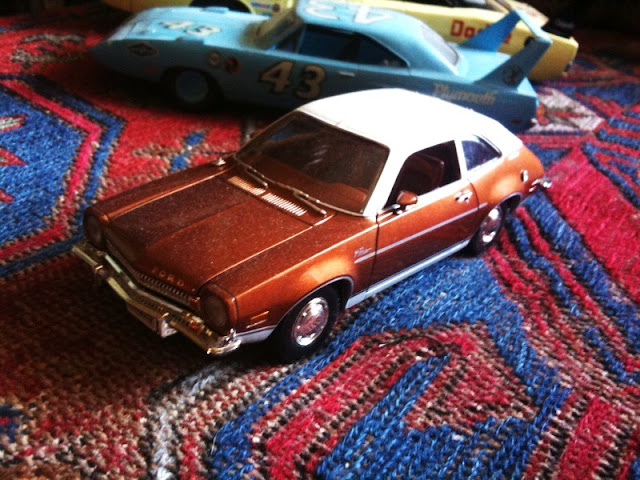 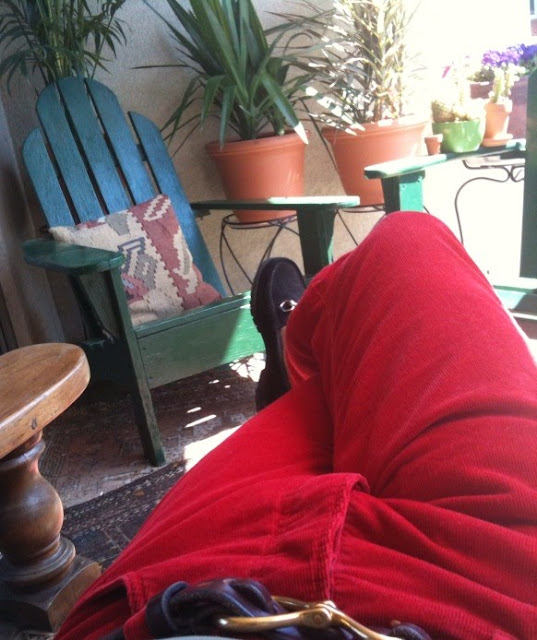 Ps…Anybody seen my tan version of this belt? Allie? Allie? Helllooooooo….
Posted by ADG at 4:32 PM

Fantastic awesomeness! Would love to browse the book shelves.

Did you know, ADG, you have cavalry officer's hair?

The thing about you is that you start with a basic style (trad, prep, sloane, whatever you want to call it) and then add a few cavalier touches that give the whole thing an edge. Well done!

The monk straps. I know that wasn't the center of the post, but they just work with those jeans. Also gotta' like the antiquarian booksellers catalogs.

Everytime the wife and children say to me. "Dad, you're not really going to wear that are you?". I think of you...

Now if I could only get that WWADG arm band thing going...

I love the suit, but the DB coat is off the charts. You may just be the most stylish man on the planet, and those are words that I don't just throw around.

I'm currently a UVa student and yes, Victorius-Freeman is still alive and well on the Charlottesville Corner. Diplomas framed in less than one hour. Virginia is one of those few schools nowadays where the majority of we students still make the effort to dress well, even to class...no sweatpants for us! Not a fratty boy like you but you don't even have to be to enjoy a work hard, play hard school like UVa...and did I mention it's sundress season here?

LPC...not sure if that's a good thing.

TWJ...it does me proud to know that I influence the decisions you make to ultimately exasperate your family...I need the company.

Richard...thanks. The DB still needs some work. Too full in the skirt and too long.

Luke...nice to know that they are still around. And yes, I've noticed that it's sundress season...always nice.

ADG - Was passing by Hilditch&Key on Jermyn Street yesterday and was visually apprehended by a pair of pants in the window ('trousers' in local parlance) in a colour that can only be described as ADG GoToHell Pink... Perfect for that blazer.

Tell ya what...I'll get you your stinkin tan belt if you'll get me my Hermes beach towel! No Targaaay substitutes allowed I don't care how ya dress it up...XXOO

Sometimes you're as exasperating as several older brothers...gullible as ever, I'll play along. If that's your tailor, I wish I wore suits.

I'll be out at Hermes later today AllievonOwesmeabelt....I'll get you the beach towel.

Gail...nothing there to make get over on you. I've gotta have a tweak or two done to the navy blazer.

Only the best! You look great even with a hangover....

I have an interview with artist Robert Anders up on my site that is fascinating!

Glad to see you are a "21" man. Unfortunately, the salads days of David Pearson and Cale Yarborough are long gone for my Woods Brothers.

I have been reading your blog for several months and your posts always put a smile on my face. Your sartorial individualism is a breath of fresh air in a sea of drably and plebeianly dressed people. That said, I would love to know what spectacles company made the eyeglasses you are wearing in one of the above photos.

DeathMan...Yes, he was a hometown here and no, the old era of a car actually being "stock" is over for sure.

Summer...I may do a post on glasses frames. The ones you ask about are vintage. They are sturdy as hell and I don't know where you could get an exact version. However, many makers are doing similar ones. These came from A.R. Trapp opticians in NYC...they always have a great selection of round frames. I would also suggest checking out Anglo American Eyewear.

We're in flip flops and cashmere mode here in New England, until summer arrives in August.

My parents had a Pinto. A runabout. Good Grief.

Will I ever see a post here titled, "Less Is More"

Patsy...what the hell is a Pinto "runabout"? were there different versions of that thing?

Tintang...yes there will be-in just a moment.

I am late to the party on this post.

A double breasted blazer can be the most sublime piece of clothing if cut well, or the worst disaster if cut or styled poorly. Yours looks fantastic. Really nice and I look forward to a full post on the jacket and the process when it is finally done. I would love to have one made sometime in the future.

Anonymous...never too late. The dollar is tres strong right now v. the Pound so it's a good time to make something. A couple of more tweaks to this one in NYC tomorrow and we'll be good.

Eclecticanalia is almost as good a word as unusualia – and far more superb than randomanalia and kitchenalia.

And less is NEVER more.

"Patsy...what the hell is a Pinto "runabout"? were there different versions of that thing?"

Sadly, yes. There was a coupe, a station wagon and the hatchback Runabout - which is the one you chose when you had 4 kids to stuff in the back.